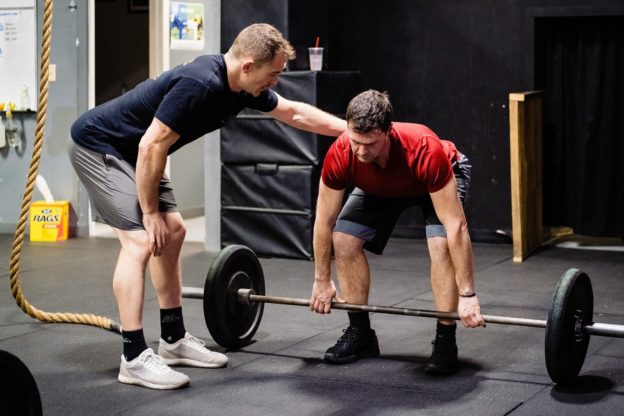 One of the most commonly underutilized forms of cueing I see on a daily basis at our affiliates is the tactile cue. Most coaches can demonstrate, with proficiency, the points of performance in any given movement and have the awareness to utilize someone else in class to demonstrate sound movement. Through this demonstration (visual cue) the coach will likely talk through the points of performance (verbal cues) and then look for the athletes within their class to replicate the movement. One major problem with this style of coaching is not all athletes have body awareness to simply follow your visual and verbal directions and mimic the proper points performance. So what now? Tactile Cues! In case you’re not following, or potentially do not see the value in a tactile cue, allow me to present you with an example.

Steve has been coming to your gym for a few weeks and today’s movement is the Overhead Squat – arguably one of the hardest movements he will ever perform in your gym. Through verbal and visual coaching you’ve got Steve to hold that bar in the right position overhead, externally rotate his shoulders, and can sit back on his heels and push his knees out as he squats on down to depth. The trouble happens when you’re no longer standing by his side telling him “lower, lower!” Steve still doesn’t quite have the awareness as to what proper range of motion is without immediate verbal feedback, and you cannot sit by his side and babysit him on every rep. The solution? Give him a tactile cue.

Those medicine balls can be use for more than wall balls. They are immensely useful as a tactile cue for depth in the squat. For some of you OG fitness-ers and fans of CrossFit.com, medicine balls were frequently used as a means to answer a binary question: did you achieve depth, yes or no? Somehow over the last 15 years, we have strayed away from this great tactile cue in favor of verbal or visual cues, and we need to re-learn this valuable form of cueing. Until your athletes demonstrate the ability to consistently (key word here is CONSISTENTLY) perform a full range of motion squat they should be using a medicine ball, box, or some other implement to help them build the motor pattern and kinesthetic awareness of what “full depth” means. Once the athlete demonstrates their consistency and proficiency with squatting movements the medicine ball can be removed.

Just like learning in a classroom, some people respond better to “hands on learning”. Within the confines of the gym, tactile cueing is the equivalent. The take-home message here is, if you’re struggling to make change with your athletes only using your voice or by demonstration, you are missing out on one huge way certain athletes learn – by doing. Remember, your job is to keep people moving safely through a full range of motion before we worry about intensity. Mechanics, consistency, and finally, intensity. 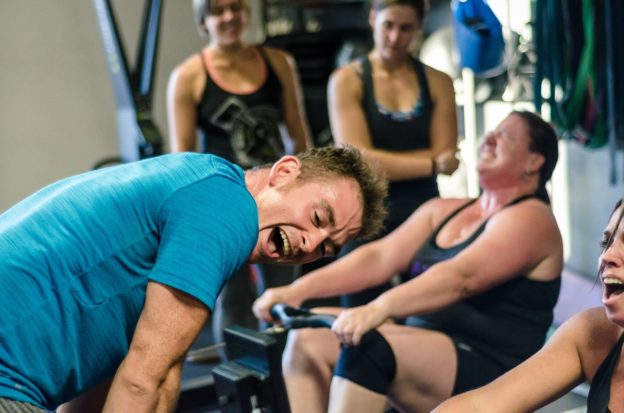 There are an incredible number of skills a coach needs to possess to be...

The purpose of any warm-up is to properly prepare your athletes to execute the...

COVID-19, Virtual Classes, and What You Can Do

In my opinion, the COVID-19 issue has had a more significant impact on CrossFit...